How to Avoid Paycheck Creep (Yes, That’s a Thing)

How often have you found that you’ve already spent your annual raise without even thinking about it?  It’s so common, most of the time we don’t even have to think about it, it just happens, and that’s the problem.  I call this phenomenon paycheck creep. Remember the days when you were just starting out and you lived paycheck to paycheck?  Money was a source of stress.  You thought, if I just had another $100 or $200 this month I would be set, no more stress. Fast forward to today. How many thousands of dollars in raises have you banked?  And how often are you still spending way more than you wanted?

Unless you take action to prevent paycheck creep, it’s going to happen whether you intend it or not.  After all, once taxes come out, it doesn’t seem like such a huge increase. And from there, it’s easy to allow ourselves an additional splurge as a reward, or find new recurring expenses that is supposed to make our life easier.   Most often I see paycheck creep seep into transportation/travel budgets, bar tabs and restaurant spending. You don’t have to be a big spender on “things” for it to get out of control.

In the end, are you happier than when you were just starting out financially?  Maybe a little, but it’s definitely not proportional to the increase in your salary.   So why do you keep increasing your spending?

This tweet and blog from from Carl Richards is so true here:

Here’s another pitfall, potential life changes are usually on the horizon which could cost us, and would be easily affordable if we just planned for it.  For instance, a dental procedure, an increase in condo fees, a big vacation, or moving into a new place.  When these things pop up, we act as if they were unexpected and we have to “make up the difference” in our budget somehow. But that’s not true, we can take the time at the beginning of the year to figure out some of these “what ifs” and make a budget to save for them.

The way you combat paycheck creep, is by taking a minute to respond and plan instead of merely reacting.

Reacting to financial situations like these are one of the big problems I see all the time.  It’s something I wrote about in a 3 part series last year.   Don’t react, plan ahead.

When I work with clients, I always suggest creating different savings accounts for goals. For instance, set up a separate savings account where you automatically put aside some money each month for your travel budget. When the balance reaches your target amount, you know you can plan and take a trip.  It helps prevent you from taking advantage of that awesome flight deal now and then forgetting about the fact that you need to book lodging and ground transportation later, all of which could end up being more than you wanted to spend.  The separate account also visually confines you to a budget for the year, because it’s easy to get the mental math wrong reviewing your credit card statements.

If you don’t actively do something different, it’s really easy to react to financial changes without processing how your action (or inaction) may affect you in the long run.  We often value the impact of things happening in the short-term more than planning for things happening in the long-term.  This leads us to use short-term thinking to value buying things now when new money comes our way rather than setting aside savings.

This works against you when you want to do big things in the long run, such as retire one day, put a down payment on a house, or have a family.

You have an opportunity to fix this unproductive behavior.  It’s a new year after all.  Start by making a plan for the raises, bonus and/or tax return you expect to get this year.

Here’s a worksheet of questions to think through to help you set and stick to your financial goals:

Just writing these things down is going to get you further than a lot of people.  But it’s good to get some accountability as well. Here are a few bonus tips for sticking to your goals:

What do you think? Did you learn anything you want to put into practice? If you filled out the worksheet, feel free to share it with me. 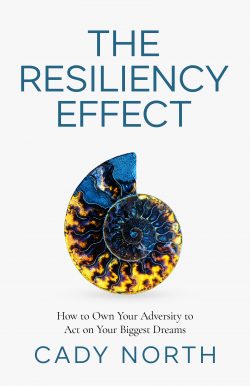